Be not forgetful to entertain strangers:

for thereby some have entertained angels unawares.

Myth #1 – Satan is an angel.  No he isn’t, he’s a cherub.  Cherubs have wings and four faces (Ezekiel 10).  There are only five cherubs and they are a completely different being from an angel.  Satan was the cherub that covered the throne (Ezekiel 28:14) and the other four surround the throne.

Myth #2 – Angels have wings.  No they don’t.  There is not one mention of wings on any angel in heaven or out of heaven and there are 283 verses with angels in them.  Just because there are sixty million statues and sixty million renderings of angels with wings, all created by natural man, does not mean angels have wings.  Wings do not make spiritual beings fly through the heavens at twenty thousand times the speed of light.  The Bible says angels appear as men, not winged creatures.

Myth #3 – Angels are male and female.  No they aren’t.  Every angel mentioned in the Bible is a male.  They all appear as men (probably look like they are 33 years old).  They appear so much like men that they can be mistaken for men by humans (Hebrews 13:2).

Myth #4 – Angels cannot reproduce.  Yes they can.  Angels in heaven do not reproduce (Matthew 22:20), but angels which kept not their first estate (Jude 6) came to earth known as sons of God (Genesis 6 & Job 1 & Job 38).  They mated with the daughters of men and produced giants, mighty men, men of renown.  Ain’t that something?  Our women are so beautiful they attract angels from heaven.

Side note of personal opinion deduced from Genesis 6 information – these are the guys that built the pyramids and other incredible structures around the world.  Read an analysis of the unbelievable mathematical accuracy of the pyramids and their relationship to the stars.  You will see that only beings of supernatural strength with knowledge of the heavens could have designed and built them.  On another note, there are pyramid structures and other structures around the world (like Machu Picchu) that also show “alien” superior knowledge and strength.  I am in a lot of good company with the same belief.

OK, enough myths.  Angels are servants of God and part of his heavenly host.  They were created by God for His pleasure.  The angels that Lucifer did not persuade to follow him are still servants of God.

Angels, good and bad, rule the heavens (Psalm 103:19-22) and good ones represent children on earth to God in heaven (Matthew 18:10).  Mostly, they appear to saved earthlings as ministers of God.

Are they not all ministering spirits,

sent forth to minister for them

who shall be heirs of salvation?

praising God around His throne:

11 And I beheld, and I heard the voice of many angels round about the throne and the beasts and the elders: and the number of them was ten thousand times ten thousand, and thousands of thousands;

12 saying with a loud voice, Worthy is the Lamb that was slain to receive power, and riches, and wisdom, and strength, and honour, and glory, and blessing.

So, if Lucifer is followed by one-third of the angels (Revelation 12:4) and there are still at least one hundred and four million left, he has at least 52,000,000 that followed him.

So, you need to pay attention to:

10 Finally, my brethren, be strong in the Lord, and in the power of his might.

11 Put on the whole armour of God, that ye may be able to stand against the wiles of the devil.

12 For we wrestle not against flesh and blood, but against principalities, against powers, against the rulers of the darkness of this world, against spiritual wickedness in high places. 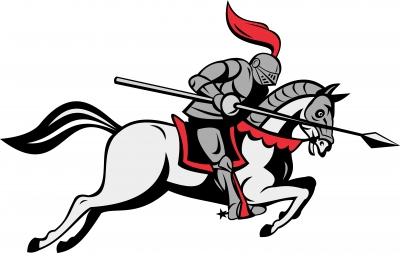 You are wrestling against Satan and millions of ungodly angels in the high places of the universe, not to mention innumerable little “devils” that can inhabit and control you if you let them (Mark 5).  If you do not use the “whole armour of God”, you will be unprotected from their wickedness.

Angels will be very cool friends throughout eternity, all 104,000,000+ of them, and you will have time to meet them all.  That heavenly throne place must be quite the plaza!  And the singing and music will be out of this world with no speakers or subwoofers!  Not sure about instruments.