and as horsemen, so shall they run.

Like the noise of chariots on the tops of mountains shall they leap,

like the noise of a flame of fire that devoureth the stubble,

as a strong people set in battle array.

11 And I saw heaven opened, and behold a white horse; and he that sat upon him was called Faithful and True, and in righteousness he doth judge and make war.

12 His eyes were as a flame of fire, and on his head were many crowns; and he had a name written, that no man knew, but he himself.

13 And he was clothed with a vesture dipped in blood: and his name is called The Word of God.

14 And the armies which were in heaven followed him upon white horses, clothed in fine linen, white and clean.

15 And out of his mouth goeth a sharp sword, that with it he should smite the nations: and he shall rule them with a rod of iron: and he treadeth the winepress of the fierceness and wrath of Almighty God.

16 And he hath on his vesture and on his thigh a name written, KING OF KINGS, AND LORD OF LORDS.”

This is the description of the event which most of the Bible is centered on.

The Bible is about the king and his kingdom.

This event is the king coming to take over his kingdom.

It was supposed to start 6,000 years ago through Adam, but he was not about to abandon the most beautiful woman in the world.  It is now going to start with the second Adam, the Son of Man, who loved man too much to abandon him.

The first man Adam was made a living soul;

the last Adam was made a quickening spirit.

46 Howbeit that was not first which is spiritual,

but that which is natural;

and afterward that which is spiritual.

47 The first man is of the earth, earthy:

the second man is the Lord from heaven.

For God so loved the world,

that he gave his only begotten Son,

that whosoever believeth in him should not perish,

but have everlasting life.

This is the one, single 24-hour day from everlasting to everlasting that God the Father is most interested in.  This day is the most common subject in the Bible by far with thousands of references to it.

And it will get off to a roaring start!

Here we have sweet Jesus on a white horse that can travel through outer space or unknown dimensions at incalculable speeds, ready to judge and make war.  His eyes are as a flame of fire (just like the judgment seat) and on his head are many crowns.  (You earned your crown(s) by earthly good works for Christ).  His vesture is dipped in enemy blood, and it indicates war and slaughter and death.  He is followed by the armies of heaven clothed in fine linen, white and clean.

This is certainly angels and the clothed bride of Christ because they are wearing the same thing as the bride at the marriage in Revelation 19.

When the Son of man shall come in his glory,

and all the holy angels with him,

then shall he sit upon the throne of his glory:

And Enoch also, the seventh from Adam,

prophesied of these, saying,

Behold, the Lord cometh with ten thousands of his saints,

BTW, He is KING and LORD, you are the kings and lords.  “Kings” and “lords” indicate different levels of ruler-ship, based on your test scores at the judgment seat of Christ.

You may have noticed that none of this book is devoted to everyday physical life, which is what most people are concerned about, Christian or not.  This book is a message that applies to everyone everywhere.

The Bible was not written just for people in rich nations of high income, relatively speaking.  It was written for “all”.  And the word of the kingdom is for “all”.  Any message that cannot be preached to anyone anywhere is really not much of a message.

If your preacher constantly preaches about things that are supposed to help you with your everyday physical life, move on.  You need help understanding how to improve everyday life in eternity.

The literal path of the second advent is described in the Bible by using the study method “here a little, there a little”.  Watch the Holy Spirit at work!

Numbers 20:14-21.  The king of Edom turned the Israelites away.  They needed to pass through Edom on their way from Egypt to the promised land.  The king refused – not good.

Isaiah 34:5-6.  The Lord has a great slaughter in Bozrah in the land of Idumea.  (Bozrah is a city in Idumea, another name for Edom.)  He also has a great memory.

Isaiah 63:1-4.  Isaiah prophesied that Christ would come from Bozrah in Edom in red, dyed garments from the blood of its inhabitants.

Zechariah 14:3-4.  The Lord shall proceed to the Mount of Olives, on the east side of Jerusalem above the Dead Sea.  He shall stand on the mount and it will cleave in half, falling to the east and to the west.  Now, that’s scary!

Zephaniah 3:8, Revelation 14:20 (Armageddon).  The armies will be gathered and slaughtered and the blood will flow as high as a horse’s bridle for a distance of 200 miles (1,600 furlongs @ 1/8 of a mile each, common knowledge to you tracksters).

Revelation 16:14-21 & 19:17-18.  These are additional descriptions of the real Armageddon, not dreamed-up ones that people are always ignorantly referring to.  The armies of the kings of the world are gathered to fight the Lord.  Now that they are gathered, they are struck with thunder, lightning, an earthquake like no other, and a plague of hail the size of large stones (Job 38:22-23).  And they bleed and die quickly.  Then the birds are called to supper, literally. 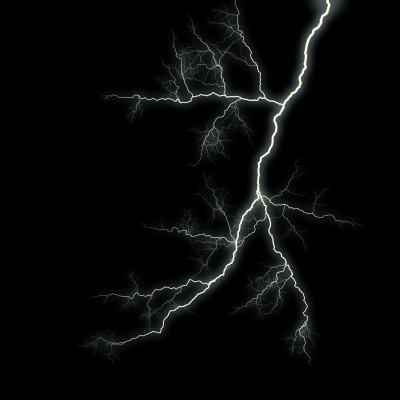 Ezekiel 43:1-7.  Jesus Christ enters Jerusalem through the eastern gate, which is currently impenetrable (see Google images), and sits on the throne of David to rule and reign.

He shall be great, and shall be called the Son of the Highest:

and the Lord God shall give unto him the throne of his father David:

And he shall reign over the house of Jacob for ever;

and of his kingdom there shall be no end.

Now, don’t get on the wrong side of the Lord.  Be behind Him when all this happens, not in front of Him.  Right now, get in front of Him on your knees and get the “every knee shall bow and every tongue confess” prophecy out of the way for yourself.

The wrath of God at the return of Jesus goes like this - Yikes!

16 A day of the trumpet and alarm against the fenced cities, and against the high towers.

17 And I will bring distress upon men, that they shall walk like blind men, because they have sinned against the LORD: and their blood shall be poured out as dust, and their flesh as the dung.

18 Neither their silver nor their gold shall be able to deliver them in the day of the LORD's wrath; but the whole land shall be devoured by the fire of his jealousy: for he shall make even a speedy riddance of all them that dwell in the land.”

17 And I saw an angel standing in the sun; and he cried with a loud voice, saying to all the fowls that fly in the midst of heaven, Come and gather yourselves together unto the supper of the great God;

14 And Enoch also, the seventh from Adam, prophesied of these, saying, Behold, the Lord cometh with ten thousands of his saints,

15 To execute judgment upon all, and to convince all that are ungodly among them of all their ungodly deeds which they have ungodly committed, and of all their hard speeches which ungodly sinners have spoken against him.”

It’s not like they were not given a chance for early dismissal.

For when we were yet without strength,

in due time Christ died for the ungodly.

There are thousands of verses about the second coming as it is the most recurring subject in the Bible.  Here’s some other chapters to check out – Isaiah 13, 24, 34; Jeremiah 49-51; Ezekiel 35; Amos 5; Obadiah; Habakkuk 3 (bet you couldn’t spell that before today); Joel 1-3; Zechariah 12-14; Matthew 24; Mark 13; Luke 17, Revelation 19, and others you can find on your own.  Believe me, you have not seen a movie script that compares with these word pictures.

Study Note:  Whenever you see the words “that day” or “the end”, it likely refers to the return of Christ at the end of the tribulation.  This will place many verses in the correct context for you.

But I say unto you,

that it shall be more tolerable in that day for Sodom,

than for that city.

This is obviously referring to the day of Christ’s return, when there will be fire (the wrath of God) again.

And the fourth angel poured out his vial upon the sun;

and power was given unto him to scorch men with fire.

Therefore shall her plagues come in one day,

death, and mourning, and famine;

and she shall be utterly burned with fire:

for strong is the Lord God who judgeth her.

But he that shall endure unto the end,

the same shall be saved.

Note that these verses in Luke and Matthew are quotes of Jesus in the “gospels”.  Jesus was preaching to Israel about the kingdom, not to Gentiles.

5 These twelve Jesus sent forth, and commanded them, saying, Go not into the way of the Gentiles, and into any city of the Samaritans enter ye not:

6 but go rather to the lost sheep of the house of Israel.

The kingdom of heaven is at hand.

The gospel Jesus preached was different from the gospel Paul preached after Israel rejected Christ in Acts 28:28.  So, many passages in the four gospels are not your doctrine.

This is the epidemic failure to “rightly divide the word of truth” among pseudo-Christian preachers today.  They simply do not believe that what Paul said, as the Christ-appointed and Christ-taught apostle to the Gentiles, is true.

10 but is now made manifest by the appearing of our Saviour Jesus Christ, who hath abolished death, and hath brought life and immortality to light through the gospel:

11 whereunto I am appointed a preacher, and an apostle, and a teacher of the Gentiles.

Be ye followers of me, even as I also am of Christ.

15 But when it pleased God, who separated me from my mother’s womb, and called me by his grace,

16 to reveal his Son in me, that I might preach him among the heathen; immediately I conferred not with flesh and blood:

17 neither went I up to Jerusalem to them which were apostles before me; but I went into Arabia, and returned again unto Damascus.

18 Then after three years I went up to Jerusalem to see Peter, and abode with him fifteen days.

They ignorantly pretend they are under Jewish law working for their salvation and ignore Acts 28:28 as if it is not part of all the counsel of God (Acts 20:27).  Talk about snatching defeat from the jaws of victory - no thank you!

Study Note:  The Gospel of John was written very late, close to 90 AD.  It is more about Jesus as God manifest in the flesh than about Israel and the kingdom of heaven.  Since John was fully aware of Paul’s doctrine, most (maybe all) of John is applicable to us today.  If any verse in John or any other Bible book contradicts Paul’s doctrine, it is for someone else.  It is true for someone, rightly divided.  If it does not contradict Paul, take it.  Many good church-age salvation scriptures are in John, like John 3:16.

Be it known therefore unto you,

that the salvation of God is sent unto the Gentiles,

and that they will hear it.