Elected,  Elected,
Who  Got  Elected ?

And as Moses lifted up the serpent in the wilderness,

even so must the Son of man be lifted up:

That whosoever believeth in him should not perish,

but have eternal life.

I have written enough doctrinal statements so far to knock out most false beliefs, but there is one big one that needs a look.  It seems to have the true gospel of the death, burial, and resurrection of Christ.  It seems to promote witnessing and praising God through Jesus Christ.  It seems to be full of good works ordained by God, but it is quite the decoy (another piece of Satan’s puzzle).

It has a world-wide following, but God let it take a solid punch to the nose recently when their chief idiot Harold Camping predicted the end of the world on specific days.  It doesn’t matter what day was predicted because there will be no end of the world for 1,007+ years, just a few changes.

See, if you studied your Bible with a contrite spirit, you would know this, Harold.  Anyway, Harold is gone now in shame, but International Family Radio marches on to the same drummer.

And what do these wolves feast on?  It is commonly called the “doctrine of election”.  It is based on scriptures which have the word “elect” or “predestinate” or “chosen”, or some form of these words, in them.

There is no chance that a hell-bound sinner would ever be called or choose to be saved, so they just live and then go to hell, including non-chosen dead babies.  Somehow their destruction contributes to the sovereign glory of God saving those that are elect.

I don’t automatically doubt that God foreknows what your decision will be, but it is your decision to make.  No one is precluded from accepting Christ as every man hath been dealt the measure of faith (Romans 12:3) and the Lord is not willing that any should perish.

The Lord is not slack concerning his promise,

as some men count slackness;

but is longsuffering to us-ward,

not willing that any should perish,

but that all should come to repentance.

Romans 8:29-30 and Ephesians 1:5 &11 refer to the predestinated saved.  So they take these verses and apply them to themselves exclusively, thinking more highly of themselves than they ought.  Then they say that words like “all” (II Peter 3:9) or “whosoever” (John 3:15-16) only refer to “all” of the predestinated elect.  How convenient!

I don’t know where you all came from, but from where all of us come from, all means all, as in a-l-l all, like “all y’all come on over now, ever' last one of all of y’all”.  They actually believe that people have no free will of their own to accept or reject Jesus Christ.

Those who get saved were predestinated, elected, and chosen to be saved before the foundation of the world.  They are then called by the “irresistible grace” (not a Bible term) of God and irresistibly accept their destiny.  Of course, by their fruits you shall know them. 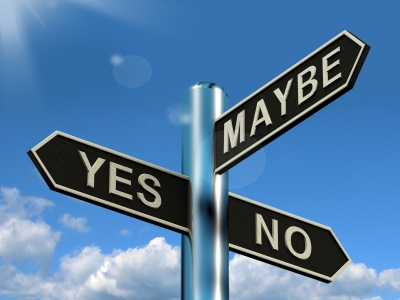 Now, if they believe this and practice what they preach, why would a couple have children unless they knew they had been predestinationally chosen to be electively saved?  Ohhhhhh, they must believe that God ordained families to be saved, not just individuals (this is not in the Bible).

So why don’t they teach unsaved people to get neutralized and avoid needlessly sending their offspring to hell?  Like stray dogs and cats.  Can I only be saved if my ancestors were also saved?  Oh what a web we weave when once we do start to deceive!

First of all, according to my second grade teacher, all means all and whosoever means whosoever.

for until the law sin was in the world:

but sin is not imputed when there is no law.

A person who does not understand that sin is against God will not be judged by God for their sins.  God does not impute sin to these people – babies, children, the mentally challenged, maybe even teenagers (their heads are not screwed on right yet).  NONE of these people are going to hell. 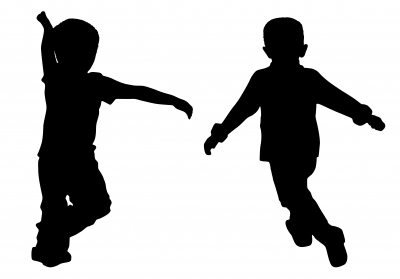 They have ALL been generally declared by God to be innocent.  According to the doctrine of election, dead un-chosen babies go to hell, just not the “elect’s” dead babies.  Yeah, right!

The word “predestinated” only appears in Romans and Ephesians, written by our apostle Paul.  And Paul definitely said we can personally choose Christ for salvation.

shall call upon the name of the Lord shall be saved.

So “elect” and “predestinated” can only refer to the body of Christ as a whole, which was elected by God and predestinated by God to be with Christ forever.

So choose for yourself to get into the body of Christ through belief in the gospel and you will be safe at home plate.  It’s kind of like a plane ready to take off with empty seats.  Anyone can ask for a ticket and take the flight.  Just do not wait until the plane has left the terminal.

Now there are buzz word phrases that these people throw around, including “sovereign grace” and “truly saved”.

Why?  Because these two-word phrases are not in the Bible and not defined in the Bible with other words.  It is just their way of trying to seem sincerely religious.  Also look out for “limited atonement” and “total depravity”, also not Bible words.

Their church is often named Sovereign Grace and their statement of faith will include something called Reformed Theology with the acronym TULIP (how nice!) to describe their ignorance.  They follow the teachings of some dead guy named Calvin, so they are called Calvinists.  They are also usually post-millennial.

Are they themselves saved?  If an individual accepts Jesus Christ as his/her savior because he/she believes the gospel of the death, burial, and resurrection of Jesus Christ, then he/she is saved.  This is true of all individuals in the entire world regardless of their church affiliation.  It is the lack of rewards regarding the everlasting kingdom that most will miss out on.  Are Calvinists saved?  Salvation is not a denominational thing.  It is an individual thing.

Calvinists and Campingists use the phrase “truly saved” to describe those who supposedly realize they are “chosen” to be saved by a “sovereign” god.  This phrase is then hijacked by wolves of all persuasions who preach that those who sin to a certain degree (undefined) could not possibly be saved because “saved people don’t act thataway”.

This is further ignorant misuse of Matthew 7:20 when it is used to describe "saved" people instead of "false prophets", which is the correct application used by Jesus.

You open up your spiritual gates to unholy things and you will be infested by unholy beings influencing you to be involved in unholy things.  How unholy?  Whatever is at the end of Backslide Boulevard!  See Deuteronomy 28:53-57 for a shocker if you dare.

Your salvation was a permanent spiritual transaction, but your no-good, corruptible, mortal flesh (Romans 7:18) has not been immortalized yet (I Corinthians 15:53).  Your flesh is at war with your soul and you are capable of doing anything that any other human being is capable of doing if you don’t follow the right spirit.

So those “truly saved” by the “sovereign grace” of God don’t believe in salvation by works, but their pious phrases are used by those that do.  Go figure.

The worst part of the doctrine of election is that it resides in two main Protestant denominations – Presbyterian and Baptist.  Most Presbyterian churches and many wayward Baptist churches enthusiastically teach this doctrine, along with some independent Sovereign Grace and Reformed “churches”.

I contend that the Southern Baptist Convention is on this kick too, although they won’t admit adhering to the “doctrine of election”.  They call it “God’s Purpose of Grace”.  Their Basic Beliefs state that “election is the gracious purpose of God”, “all true believers endure to the end”, “those whom God has accepted in Christ … shall persevere to the end”.  (wrongly divided Matthew 7:20 all over again)

Friends, that is good words and fair speeches and leavening of the loaf at its finest.  Good work, Lucifer!  You must have been on the private interpretation committee.

being of the number of the twelve.

In addition, the SBC has completely lost its foresight about Bible prophecy.  Their “Last Things” statement is “God, in His own time and in His own way, will bring the world to its appropriate end …” blah, blah, blah – nothing pre-millennial anywhere.

What used to be a fortress of God’s free gift of salvation and pre-millennial, rightly-divided doctrine is now proclaiming “election” and “endure to the end”.

What used to be the rightly divided truth of pre-millennial doctrine is now whatever you want to believe “in His own time and in His own way” means.

This is politically correct marketing hype to inoffensively appeal to the masses with enough bucks to create positive cash flow for SBC churches.

Again, you can get saved in these SBC churches, but you will have no clue about the personal importance of the judgment seat of Christ.  Just ask any SBC member to explain the difference between the judgment seat of Christ and the great white throne judgment.  You will almost assuredly get an immediate “deer in headlights” stare.  If you even get an answer, it will probably be “They are the same”.  They aren’t even close.

One last question for the electionists:  Was Adam elected?  Obviously God intended for him to be an eternal king (Genesis 1:28), so you must believe that he was “elected” before the foundation of the world to be forever sinless.  If so, how did he then choose to sin against God?

No electionist would dare believe that he himself could have committed Adam’s sin; it would disprove his election.  So, is Adam in heaven or hell?  If heaven, there is no election because he sinned after being created perfect.  If hell, there is no election because God intended for him to be an eternal king.  The electionist’s argument is a complete dead end beginning with Adam.

All that teach the doctrine of election are arrogant wolves.  Atheism is the ultimate arrogance, but Calvinism is a close second.

Thou art worthy, O Lord, to receive glory and honour and power:

for thou hast created all things,

and for thy pleasure they are and were created.

That is what my Bible SAYS.